Erin grew up in Southern California as a competitive swimmer, and a lover of the ocean. She originally planned on being a marine biologist, having decided on that career at age 5. After graduating from college, she moved to Seattle, where she was introduced to Pilates. She got her certification in 2014, and has been teaching ever since. She met, and fell in love with her partner at a bar in Ballard. In 2017 Erin moved to Boise with her fiance and dog for a new adventure. They added a rescue cat to the mix, currently live in the North End, and enjoy exploring Boise! 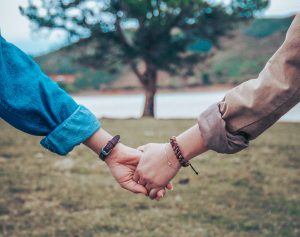 The Vegan and the Carnivore

Do opposites attract? If you would have told my fiance six years ago that one day he would be engaged to, and planning a wedding Catch us on Insta

What makes sustainable clothing 'sustainable'? It

We are nata gunna share these with you! These veg

Remote working has its perks 🍹🏝 Who else h

Who’s got a lickin’ for some tasty vegan chick

Swipe right to see our favourite vegan hotels in A

Outdoor spaces are opening back up and the sun is

What is Alice smiling at? a) a vegan burger smoth

Can't wait to take my chin diaper* out for another