It’s 2021 and you’ve been told by Shawn Bates and Joe Rogan that a vegan diet is not a long-term, healthy or sustainable diet. Unfortunately, it is still commonly believed that vegan men are skinny, pale, and lacking in “real men’s” traits.

But it seems that there is beginning to be a turning point for veganism, with Joe Rogan aligning his beliefs to be more in tune with Mic the Vegan, who compellingly states that the traits of society’s everyday “real men” are actually erectile dysfunction, obesity and diabetes.

Unfortunately, it seems that society has conditioned us to believe that men, in particular, should be eating meat and that, in not doing so, they are less masculine.

There are myths and lots of misinformation regarding the consumption of soy-based meat alternatives. For example, some have proposed that it is an “inferior source of protein” and that it increases men’s oestrogen levels.

With this in mind, we are going to discuss what to look out for when looking for reliable sources of information and give you the facts about both soy and plant-based protein.

How to check if a source is reliable

The article referenced above is one of the first links to appear on Ecosia when you type in ‘how does soy affect men’ and is written by a testosterone clinic in Canada, who are selling their services on the basis that soy causes infertility and/or low testosterone levels.

What is the problem with this?

Firstly, when a product is being sold, any information given should always be ingested with caution. The bottom line here is that these companies want to make money so their opinion is often biased. One example of how this can be done transparently is in scientific research, with authors of research reports declaring any funding their research has received, as well as declaring if any of the researchers have conflicting interests.

Secondly, if you’re the tree-hugging, plant-loving vegan that I assume you are, you will likely be using Ecosia instead of Google. Some SEO strategists have noted that Ecosia ranks high authority websites over low authority websites. However, we’ve all seen Cowspiracy enough times to know the problem with abuse of power and authority.

2) Is the information relevant?

The article in question is based on factual scientific research, however, it refers to Asian men in particular. The genetic make-up and dietary preferences for men in North America vs Asia are very different, therefore it is questionable to use Asian men as a representative of the Canadian population.

If you have a product or service that works then surely you would just use a North American sample, right?

3) Is the information current?

Although the referenced article was only written in September 2019, many of the sources used to create the article are outdated. There are twenty references at the bottom of the article, of which nine are dated pre-2009 meaning that at the time of writing they were nearly ten years old.

I highly doubt that the author of this article intentionally wanted to mislead anybody, but with the rise of plant-based eating, there has been a real increase in research surrounding this topic. A meta-analysis published this year concluded that soy does not affect testosterone, nor does it feminize men.

4) Is the information even correct?!

How did the claim that soy is an inferior source of protein come about?

I honestly have no idea on this one. I am not sure what their definition of “inferior” is…

I did not read all twenty of the sources referenced word for word, but I imagine soy was called an inferior protein because of the claims made about its oestrogenic properties.

Most vegans will agree that there is a serious misconception where plant-based proteins are concerned.

I once heard someone say if something has fibre in it then it also has protein and this is the truest thing I’ve ever heard. That potato you’ve got in your fridge contains approximately 3g of protein and 3g of fibre.

Sure, the protein content of a potato is no match for a slab of steak, but there are plenty of nuts, beans and lentils containing generous amounts of protein.

I am yet to hear of a case of a protein-deficient vegan. Yet, I’m sure we can all agree that we have heard of people, specifically carnivores, who are constipated due to a lack of fibre and adequate hydration.

Read our blog to learn more about our favourite UK vegan protein powders.

In May this year (2021), research was published in the journal of Clinical Nutrition to investigate whether a vegan diet is linked to lower protein intake and other macronutrients. This was done by reviewing evidence from 48 different studies.

The results did show that vegans generally consume less protein. However, the authors of this research concluded that if a person following a vegan diet enjoys a variety of plant-based proteins then they are unlikely to consume less protein than is needed to function and live healthily.

Furthermore, animal proteins were identified as being associated with higher mortality rates and faster cancer growth than plant proteins.

To me, the science shows that if you eat a vegan diet and make a conscious effort to look after yourself then you are unlikely to develop a protein deficiency.

Firstly, choose what to believe…not everything you read on the internet is true!

Secondly, if you are worried about deficiencies, particularly a protein deficiency then keep track of what you’re eating. There are plenty of apps you can use to do this, such as Cronometer and My Fitness Pal. Having used both, I would say I preferred Cronometer, but My Fitness Pal seemed to have more widely available data for restaurants and other food establishments. However, I haven’t used either in a few years so changes may have occurred.

Alternatively, you could go the good old-fashioned route and keep a food journal. Either way, like me, you may find yourself pleasantly surprised by the amount of protein you’re consuming.

Thirdly, be in the know! If you want to make sure you don’t develop any deficiencies then read up on the best food combinations. For example, peanut butter and wholewheat bread alone are not classed as “complete proteins” because they do not contain enough of each essential amino acid. But if you combine them, then they become a complete protein. The same can be said for rice and beans. In fact, as long as you eat a varied diet and consume multiple sources of protein, it’s unlikely that you will miss out on any essential amino acids.

Oh, and just in case you still have some protein concerns…

Get in touch if you have any tips and tricks for navigating the internet, if you have any high protein meat alternatives that you can’t get enough of, or if you too are a vegan man! Vegan mum and travel enthusiast, currently studying a masters in nutrition
All Articles 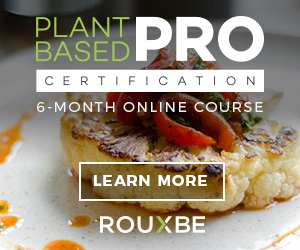